The Pre-Socratics in the Post-Contemporary Era:
Topographic Readings and Site-Specific Techniques in Philosophy 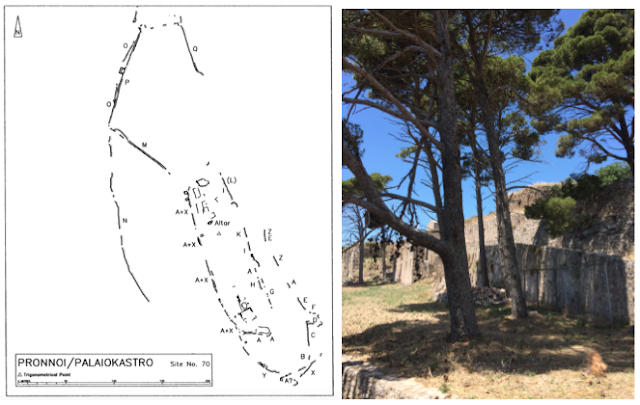 OVERVIEW:
This 7 day intensive course will be a survey of the Pre-Socratic Philosophers. We will engage the fragments of the Pre-Socratics through site-specific readings, research and discussions. We will read each philosopher at a particular site, seeking to ground our reading in our particular experiences of the location. In turn, we will respond to the sites of the ancient Greek Philosophers and incorporate them into our practice (ex. walking around, gathering materials, forming groups, creating diagrams and maps).

The Pre-Socratics sought to explain physical and natural phenomena by speculating on the nature of matter. These diverse groups of thinkers were materialists and cosmologists - they looked for fundamental and unchanging principles of the World. Our goal will be to examine major Pre-Socratic thinkers: Thales, Anaximander, Anaximenes, Philolaus, Parmenides, Heraclitus, and Empedocles. Our reading practice will take the specificities of the City of Philosophers and of the Island Kefalonia, as well as the Earth itself as a guide.

Guiding Questions and Research Themes:
- Who were Pre-Socratics? Were they Philosophers?
- What is the relation between a fragment and a site?
- What is Permanence? What is Plurality? What is Flux?
- What is the contemporary relevance of the Pre-Socratics? How can their concepts, systems,
and methods be applied today?
- How can a location enhance or impede a critical philosophical practice?

Outcome:
The course is structured so as to be open-ended and sensitive to the affordances of each site. The course will culminate with an exhibition of the individual and collective works that resulted from our practice. These include: the creation of a theoretical text, multimedia sculptures and maps, para-scientific apparatuses such as compasses and sundials, audio/video documentation, radio broadcast, a live performance and recitation of philosophical thought in an open audience.

Eligibility:
The course is open to philosophers, artists, students, writers, academics, and anyone interested in Philosophy.

Venues:
Athens, City of the ancient Philosophers and the island of Kefalonia, various locations (please see below)

Program overview:
Each day will be dedicated to a different philosopher, as well as a different site. Our time will be split between reading, discussing, exploring the site, and graphically/diagrammatically representing our practice. The intention is to cultivate new methods of doing Philosophy and making art.
A visit to Acropolis Museum and Parthenon and also an Athens – Kefalonia boat trip on June 3rd will be part of the core program.
Sessions in Athens: will take place at Ancient Kerameikos, Pnyka, Thisseio, Zeus Temple.
Sessions in Kefalonia will take place at the Medieval Castle of Saint Georgio, the Ancient Sami Walls, the Ancient Tombs in Mazarakata.

For group /collective affiliation (group, university, organization) and full name of the person representing OR leading the group, postal address, phone, country, email address, website (if available) of the group -school- organization, short description of the group /school expectations no longer than 100 words, short CV of every group member no longer than 200 words.
Every submission requires an application/entry fee of euro 30, nonrefundable.
Each Application toward been considered must be completed including the follow:
info@ionionartscenter.gr
– The transfer confirm of the entry fee payment, Euro 30 for every separate application.
– CV/Biography of the applicant or CV/Biography for each of the group members in case of group or school (text in word document non exceeding the 200 words)
- Any materials that reflect interest or competence, such as publications, artistic work, web material, transcripts, etc.
Fees
Full Participation -8 days –fees: euro 650, including:
Athens: 4 days, hotel accommodation, guidance/ tuition fees
Kefalonia: 4 days accommodation at the Ionion Center, guidance/ tuition fees, open exhibition- presentation
- Certificate of Participation will be available.
- All the applicants after the enrollment in the program will be provided official
documentation for funding purpose.

About Harrison Farina
I am a PhD student at Villanova University. I am invited by the Ionion Center for the Arts and Culture for second time in Greece- Kefalonia. For first time I came in June 2016 for Craig Dongoski's Art and Technology master class. Using Hölderlin's epistolary poem Hyperion, I experimented with different modes in which the text may be locally engaged, read, and recorded. This upcoming class is a continuation and extension of this practice. It is also inviting philosophers and ideas to explore the contemporary thought in conjunction with the ancient Philosophers.
If you have any questions, or would like any more information, please do not hesitate to contact me at harrisonjfarina@gmail.com 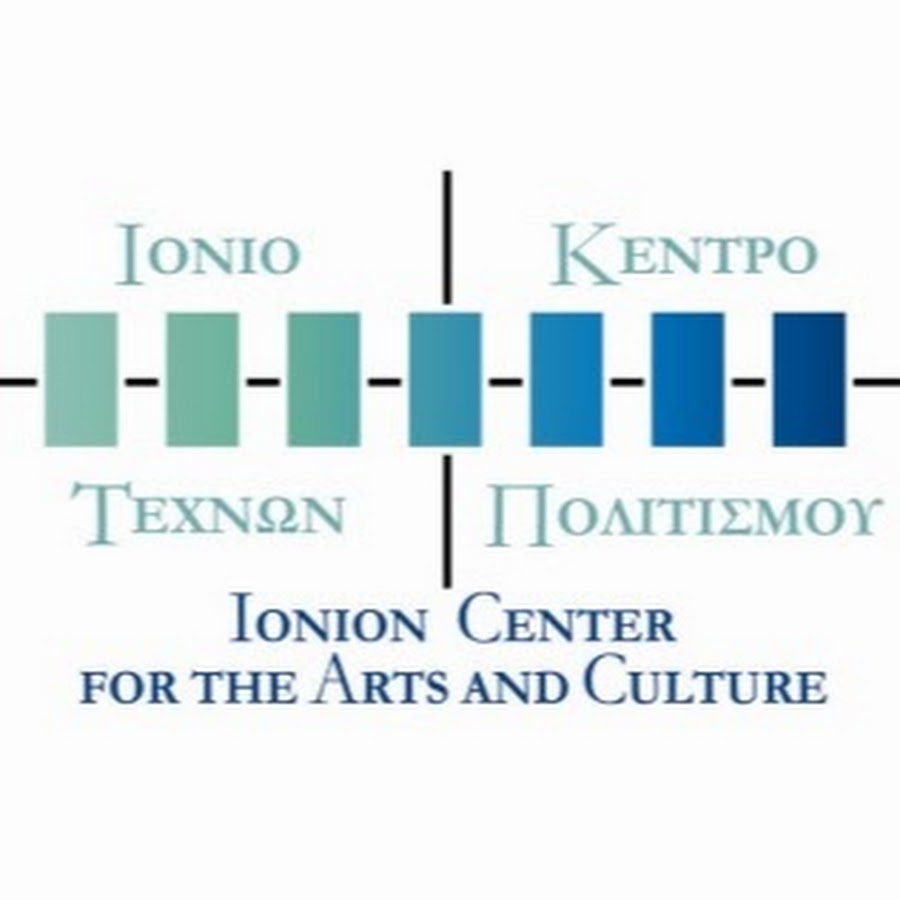 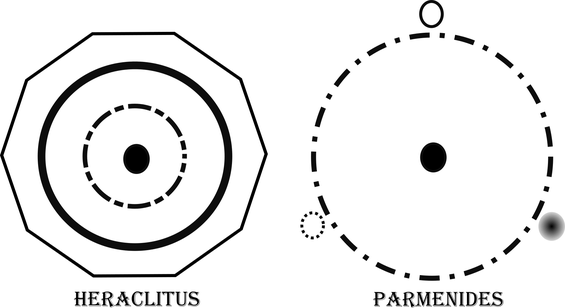 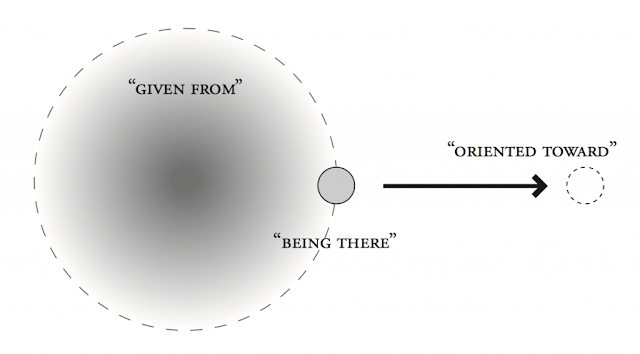 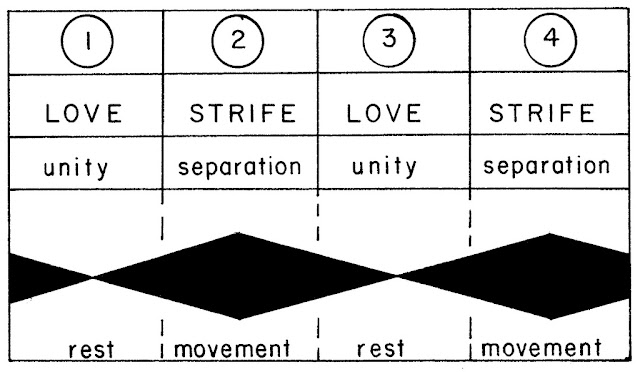 ANAXIMANDER OF MILÊTUS
The Non-Limited is the original material of existing things; further, the source from which existing things derive their existence is also that to which they return at their destruction, according to necessity; for they give justice and make reparation to one another for their injustice, according to the arrangement of Time.

This (essential nature, whatever it is, of the Non-Limited) is everlasting and ageless.

(The Non-Limited) is immortal and indestructible.

Nozzle of the bellows.

As our soul, being air, holds us together, so do breath and air surround the whole universe.
(The sun is broad) like a leaf.

Air is near to the incorporeal; and since we come into being by an efflux from this (air), it is bound to be both non-limited and rich so that it never fails.

HÊRACLEITUS OF EPHESUS
The sun is new each day.

If all existing things turned to smoke, the nose would be the discriminating organ.

That which is in opposition is in concert, and from things that differ comes the most beautiful harmony.

Every creature is driven to pasture with a blow.

Anhalation (vaporisation). Those who step into the same river have different waters flowing ever upon them. (Souls also are vaporised from what is wet).

(Freeman, Kathleen, Ancilla to the Pre-Socratic Philosophers: A Complete Translation of the Fragments. Harvard UP: 1985)
at December 17, 2016 No comments: 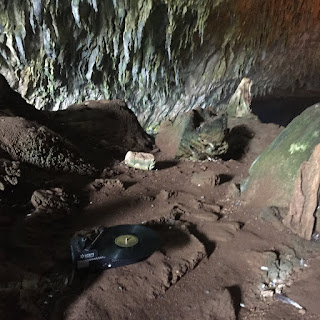 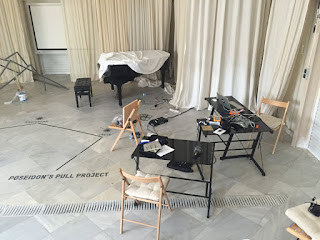 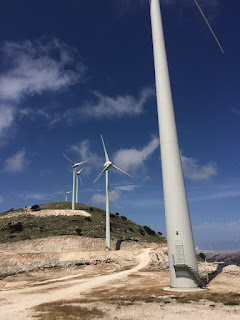 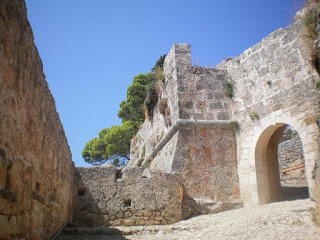